Building your service company’s online reputation is critical to its success, and customer reviews can make or break your chances of landing a potential client. As a result, many businesses have used review gating to defend against the backlash caused by negative reviews from unhappy customers.

Google is cracking down on the practice of review gating, and if your business gets reported, you could lose all of your company’s reviews, good and bad.

What Is Review Gating?

The idea is simple: What’s the best way to stop negative customer feedback while still allowing good reviews through?

Easy! Just find a way to separate the satisfied customers from the unsatisfied customers before they actually submit their reviews. There are a number of ways to accomplish this, but many companies have followed this general process:

This is an effective strategy, but in the end, not a very honest one. That’s why Google has taken action to prevent gating customer reviews.

On April 12, 2018, Google released a new set of Google My Business review guidelines. While the practice of pre-screening customers for positive feedback was always frowned upon, these new guidelines made it clear that this approach would no longer be allowed.

Today, if anyone suspects your company of gating reviews, they can report you to Google. If they find evidence that you are filtering out unsatisfied customer beforehand, action will be taken up to and including removing “fraudulent” reviews from your business.

In some cases, Google can remove all of your company’s reviews for this violation, so we strongly recommend against using this approach. It may pay off in the short term, but it will almost certainly cost your web presence down the road. 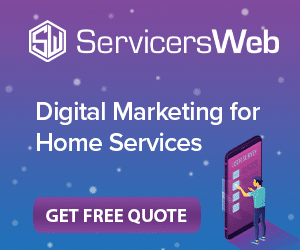